My client has been waiting for weeks for his new handicapped-equipped van. He wanted to go on a trip. I promised him I would take him. Last Saturday he got his van.        Monday we registered it, insured it and headed out. We returned Friday. He got to see lots of things, got annoyed with me for exploring out-of-the-way places and hopefully is now satisfied to stay at home for awhile. (Actually, I think it made him restless to be doing more, seeing more, going more. Sigh.)

That was one reason for the trip.

The second was for research. We explored the South West corner of Alberta where the historic ranches started. The countryside is beautiful and several of the ranches still operating. 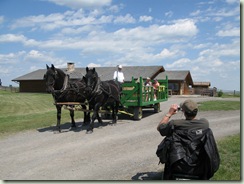 Here we are at the Bar U, now a national historic site. 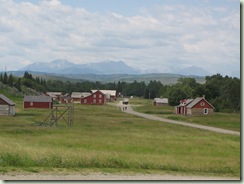 We stopped at Fort Steele, a restored mining town, where we learned about panning for gold and saw the NWMP barracks of 1888. 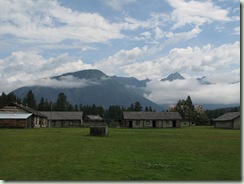 We browsed through some pretty little towns in the Crowsnest Pass. 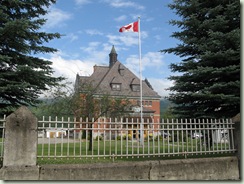 We crossed the American border and spent 2 days exploring around Bonners Ferry in Idaho. It’s a pretty place today. I think it was quite primitive back during the gold rush era.

Here’s the ferry Bonner started to allow the gold seekers to cross the Kootenai River. 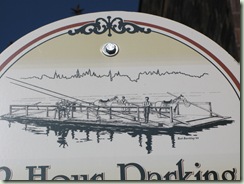 We drove up the hills, crossed creeks, reached a rough dirt road crowded up to the side of a mountain until we reached Boulder City–a ghost town. 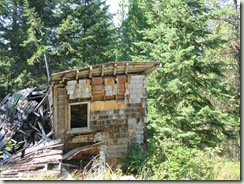 But it was worth the drive.

The third benefit of the trip was what Julie Cameron in her book, The Artist’s Way, refers to as filling the creative well. Not only did I learn a lot of history, my senses were saturated with the color and magnitude of the scenery we drove through. It’s hard to pick out a few to share from 500 photos. (Yes, that’s how many I took and yes, I am busy putting them into a research scrapbook. I expect it will keep me busy most of the coming week.)  I have selected a sampling of the beauty we saw to share with you. 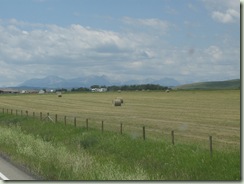 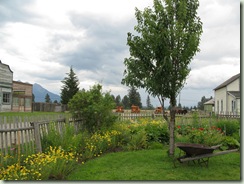 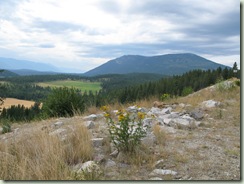 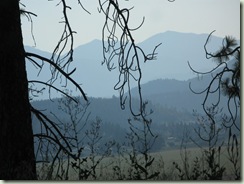 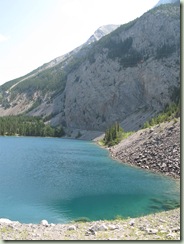 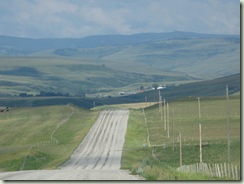