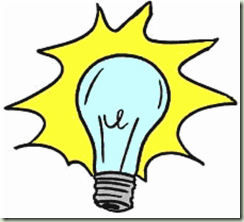 A thousand fleeting ideas. A raft of scene possibilities. Character fears, dreams and goals. Bad guys. A feud. A romance. A troubled younger brother. Twin sisters. How does one take all those things and create a structured story? More importantly, how do I take them and create a story?

“In chaos, there is fertility.”
? Anaïs Nin

Okay. I’ll believe my chaotic ideas and thoughts are fertile ground for a rich story. I believe it. I believe it. (Actually I hope for it). But how to corral the chaos and create order?

You must have chaos within you to give birth to a dancing star. Friedrich Nietzsche

In all chaos there is a cosmos, in all disorder a secret order. Carl Jung

How do I find the dancing star? The secret order? 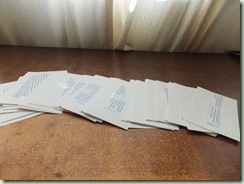 I don’t normally use file cards to plan my story. Mostly because I’m too lazy to write notes on all those cards but this time I printed out my plotting notes and taped each step to a card. 60 file cards to sort into a story. I’m happy to say I conquered the chaos and have a working outline for the story.

Have I turned the chaos into order or even better, a dancing story? You’ll have to be the judge. This is Cora and Wyatt’s story that will be released later next year. I have no idea of the title or release date but it is the first book in the Bell’s sisters trilogy. I’ll let you decide how successful I was at taming the chaos.