I’m off for a visit to Pueblo, Colorado, a colorful city. 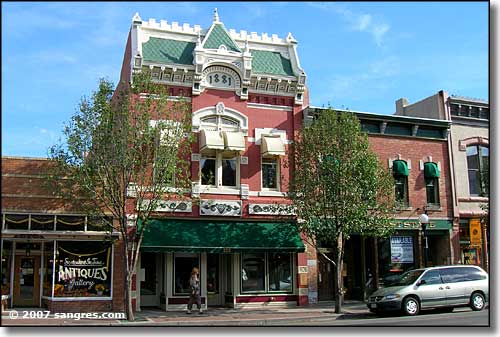 Fort Pueblo was established near the junction of the Fountain and Arkansas Rivers in 1842. Built primarily of adobe, El Pueblo served as a trading center along the boundary between Mexico and the United States until it was attacked by Indians and everyone inside was killed the day before Christmas, 1854. Neighboring ranchers came to the fort just long enough to bury all the victims they found and then the area was abandoned for years.
The discovery of gold and silver upstream along the Arkansas River saw the reestablishment of Pueblo as a real settlement with businesses, schools and churches. In 1870, Pueblo was incorporated as a town with a population of 2,265. 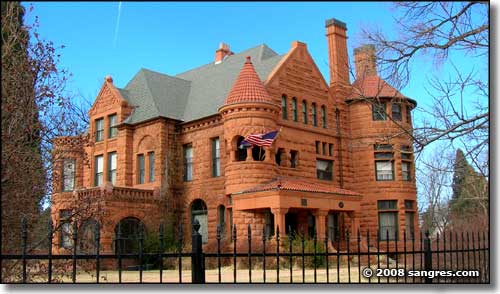 In 1873, the Denver and Rio Grande Railroad incorporated South Pueblo just beyond the south edge of Pueblo. The railroad here enabled access to all of the nearby mining operations and the two Pueblos became the “Smelting Capitol of the World.” The first smelter was built in 1878 and was followed by the Colorado Coal and Steel Works Co. (later to become Colorado Fuel & Iron – CF&I) in 1879. Soon there weren’t enough workers to fill the jobs so the companies began recruiting in Europe and elsewhere, telling potential employees “America is the land of milk and honey and the streets are paved with gold.” Desperate workers were sorely disappointed when they arrived in America but at that point, what could they do? Most just went to work in the jobs that were available. By 1880, the two Pueblos had a combined population of 7,617, of which one in any nine people was a newly arrived immigrant. The picture below of is of the historic Pitkin Place.Pitkin Place is the only surviving example of an exclusive 1890’s subdivision. Roe & Shutt, the well-known local architects who designed the block, made a significant contribution to upscale planning and development by visually connecting each house to the others by their grandeur and yet, each is distinctive in its individual design. Other builders and architects got in on the act a bit later and similar designs began to appear on several of the blocks around the original Pitkin Place site. 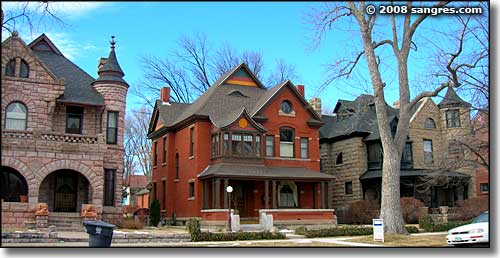 The Historic Arkansas Riverwalk Project (HARP) is a beautiful renewal project in downtown Pueblo. Concessions along the Riverwalk offer munchies and drinks, paddle boats, and riverboat tours. Several waterfalls and fountains adorn the route. At the downstream end are the public restrooms, in the vicinity of the memorial to Zebulon Pike. 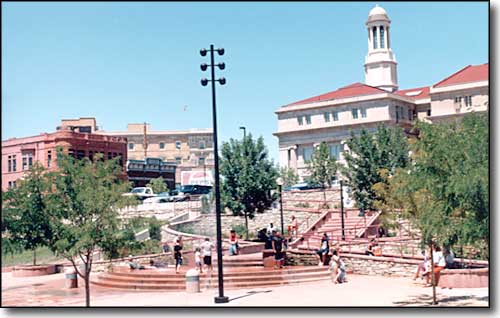 I’m only gone for a few days on a half-price, last-minute ticket but it should be fun. Besides, autumn should still be in full swing down there. Nice.