Writing a story is easy. I mean, how had can it be to simply put words on a page. True–that part is easy. It’s making sure that each word had a reason for being there that is hard. Sometimes it’s like stabbing yourself in the eye over and over. It can be frustrating and exhausting. 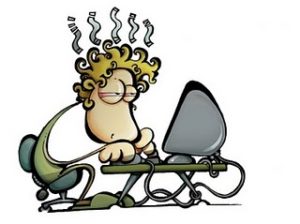 On other times something unexpected and magical happens. For instance, this week I needed my hero to do something meaningful. (I always find it difficult to leave on point of view character in the middle of something and start to follow the other one.)  I had him spot bear tracks and follow them until he was certain they went away from his ranch home and posed no danger to those living there.
A throw-away scene to keep the cowboy busy. Or so I thought until the bear appeared in the next scene threatening death and destruction to the heroine. I didn’t plan it. Didn’t even see it coming. So  much for plotting.
These sort of discoveries are the joy of writing.
This is one of the stories that will be released next year as the Glory Montana series.