I found this blog in the depths of my computer files. My notes say it was initially published in Mar. 2004. Sad to say it is as true today as it was then. I offer it with a few changes to bring it up to date.
What is the job you hate doing?
For me, it is bed making after washing the sheets. I used to procrastinate, bribe others, complain and whine. One day, in a fit of pique, I decided to time myself. I was hoping to justify my bad attitude about the job. Imagine my shock and chagrin when I realized it took 5 minutes to do the job. Yup. Five minutes which triggered an hour of moaning and groaning. Now I wish I could say that in a wonderfully mature fashion I decide to never again complain. I didn’t. However, I do now manage to race to the bedroom during commercials and whip a bed together. Most commercial breaks are longer than 5 minutes.
There are other things I hate doing—or at least starting. Every morning I procrastinate about jumping into writing. I know why I have this problem. It’s because I enter a different world, I get involved with my characters. I get so involved with them that I often emerge from a writing session wrung out emotionally to the point of exhaustion. It’s the investment of my emotions that makes it hard to cross that barrier into the other world.
I read a quote that describes my struggle. “At the moment of beginning, almost anything is more interesting than writing.”
Aristotle said ‘Well begun is half done.’ However he did not say how to get well begun.
I have yet to find a satisfactory way of getting past that barrier. I have lots of little tricks but I know they are tricks. Sometimes I fool myself with them. Sometimes I don’t.
To borrow a famous trademark slogan, I just need to do it because I know there’s a story that needs telling. As Michelanglo said: “I saw the angel in the marble and carved until I set him free.” I’m no Michelangelo but perhaps I have a job to do—setting my story free from my beleaguered brain.
Seeing the finished product is an encouragement. Like this book, released on Amazon June 1. 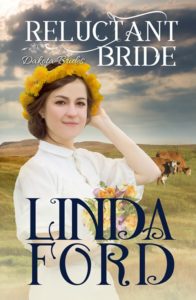