I’ve been remembering a few of the things my kids and/or grandkids have said that made me smile. I thought I’d share just a few.

1.This one isn’t from the family but from a mentally challenged young man I supervised.

K complaining that his mom makes him go to church when he goes home, says when he gets married he’s not going to church.

I ask if getting married means him mom won’t still care.

K says I’ll have a wife.

But your mom will stay care, I say.

K looks at me for a serious minute then says, “Well, I’ll move to Chicago.”

Because we all know that mother’s in Chicago don’t care. lol

2. A three-year-old grandson just before his little sister was born tells me, “Mom is going to the hospital where the doctor is going to take her apart to help get the baby out and then he’s going to put her back together.”

3. A son saying grace over left-overs, with no idea what he’s just said, prays, “Bless this food and the hands that repaired it.”

4. My daughter asking a grandson how old he was because she wanted to know when little boys became brats. (I guess the grandson had been rather naughty). He said he was 8 but he became a brat a long time ago at age 5.

5.  I asked a granddaughter on her fifth birthday how old she was now. She turned to her mother and asked, “Am I going to kindergarten yet?” Her mother said, “No, not until September.” Child turns back to me and says with great disgust, “I’m still four.”

6. Grandson #1, at about age 4, was asleep when his parents brought him home late at night and they put him into bed without waking him. However, in the middle of the night, he wakened and stomped into his parents’ bedroom. With arms over his chest, he crossly informed them, “You didn’t read to me.”

I love the freshness of how children see things. I wish I could find the same freshness for my writing.

I’ve shared this on Facebook but wanted to share it here as well. I have a Christmas novella being reissued along with a story by Anna Schmidt. Watch for it in Nov. 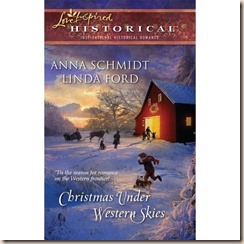