As I’ve enjoyed the many different moods of the summer sky I began to think how much it is like a writer’s moods. 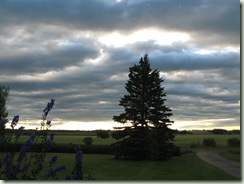 See that opening in the clouds. I couldn’t capture it with the camera but it was filled with bright sunlight bursting through the clouds. Like a fresh idea for a story. Somehow it makes it through the confusion of my thoughts. 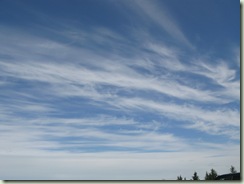 Moodling is a writer’s term. At least I’m claiming it as such. A time when things just mix and shape without much direction. Ideas just drift about like a lazy summer sky. 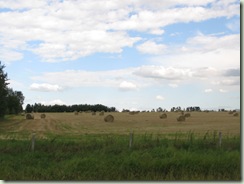 After moodling and drifting, the idea–and the clouds–begin to take shape and form. 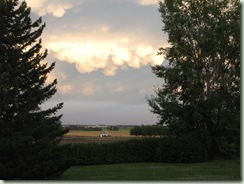 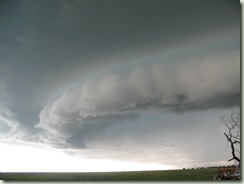 The most dramatic time in both sky and writing…just before a storm. For the writing, it’s when the story has shaped and it fills my mind. I have to get it out, down on paper. It literally explodes from my mind.

We get the most beautiful sky, especially if it a storm is in the evening. 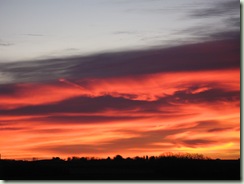 Just like it is after the story is captured, released, input into the computer. The afterglow.

The pot at the end of the rainbow. 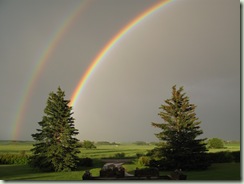 The reward for having had the idea, sorted the different bits and pieces into a story, getting the thing done. Now I get to enjoy looking at the finished product. Just as soon as I do the edits, etc.