I love research. You learn the most amazing things some of which might make it into a story. Other stuff is just plain interesting. Like visiting the home of Stephan Stephansson’s home near Red Deer, Alberta. 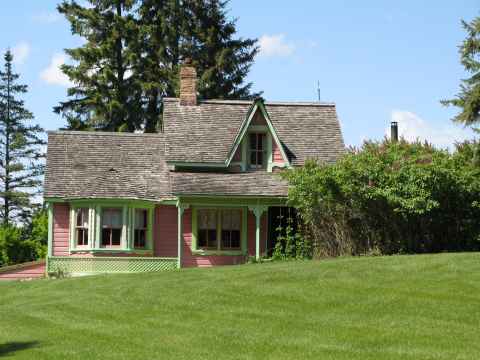 He is considered Icelands greatest poet and according to many soures, the greatest poet in North America.  During the seventy-three years of his life, he published more than two thousand pages. In quantity of writings, no other Canadian poet is comparable. The work he produced is considered of the highest standard.
What I found fascinating is that his work is all written in the Icelandic language yet translates so beautifully into English. I’ve been told that is because the Icelandic language is so rich and carries so many nuances that the poems could be translated by several people, end up with different word usage yet still be true to the original. Amazing.
Here’s one of his poem. See how well his words work even though translated.
The long autumn night was approaching the day,
And I in my wakefulness quietly lay.
I stared in the shadows, my mind in a whirl
Attempting the future to measure.
What would my seventh new decade unfurl,
All Sundays of joy and pleasure?
I heard at my doorstep a footstep alight
As soft as the rustling leaves in the night
And I knew in an instant that visitor’s call,
Though darkness might seem to confound me;
No matter what clattering noise might befall
I knew her light footsteps around me.
But fancy has always been part of her style.
She opened my door which was unlocked the while.
I rose from my pillow with gladness and pride,
Her visit was such a rare pleasure.
I figured my strings as she came to my side
With her harp and her crowning treasure.
Stephan was a farmer. He worked hard during the day often composing poems as he worked. An insomniac, he spent many night hours writing. Evenings and Sundays were also used for composing. This is where he worked. 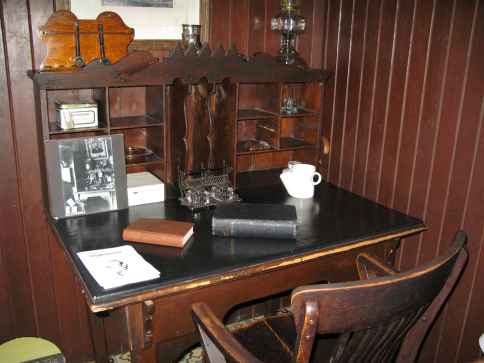 I am challenged when I learn how dedicated this man was to his craft, his calling, his dream. I honor a man who creates beauty despite hardships.
To Stephan Stephansson
(1853 – 1927 / Iceland)

I hope I can be as faithful and dedicated in my own writing.